The Greatest Generation: an appreciation 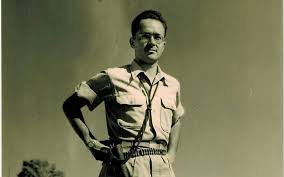 the author's father, Mordecai Chertoff as a young soldier in the Haganah

The Greatest Generation: an appreciation

‍
Pity us poor deluded baby-boomers. We think we are special because we grew up with incredible music – the Beatles, Bob Dylan, Crosby, Stills and Nash, to name just a few; because we are among the largest cohorts by age so the advertising world rushed to address our every whim; and because we are generally more financially successful than our parents – largely because of what they did for us. But our achievements pale in comparison to the generation which survived the Holocaust and fought World War II and then founded the State of Israel. They were truly the greatest generation. We are privileged to be the children of these extraordinary people.

I was fortunate that my grandparents left Eastern Europe early in the 20th century. My parents’ generation fought in World War II. My father moved to Israel from New York in 1947 and participated in the fight for Jewish survival and the establishment of the modern state of Israel. These events were the most formative of their lives, as were the horrors of the concentration camps endured by the parents and grandparents of many of my friends.

I wanted to understand how the children of survivors of traumatic and dramatic events manage this legacy. In academia, the inter-generational transfer of memories is called “post-memory,” which, according to scholar Marianne Hirsch, “describes the relationship of the second generation to powerful, often traumatic, experiences that preceded their births but that were nevertheless transmitted to them so deeply as to seem to constitute memories in their own right.” Some post-memories are overwhelming. To grow up with such powerful inherited memories is to be dominated by narratives that preceded one’s birth. But, Hirsch explains, since the second generation did not actually experience the events and is exposed to continuously evolving details of those memories, these “post-memories are “mediated by imaginative investment, projection, and creation.” They are constantly evolving within us.

The challenge is to process our parents’ memories in creative and productive ways without displacing our own stories and experiences. Art Spiegelman’s brilliant graphic account of his father’s story of surviving Auschwitz, Maus I and Maus II, is a great example. Spiegelman both tells and explores his father’s story in an incredibly creative way while remaining self-conscious of the processes. To paraphrase scholar Maurice Halbwachs, ‘over time these stories evolve into a reconstruction, achieved with data borrowed from the present, ones which are themselves influenced by reformulations of even earlier periods in which past images had already been altered.’

These personal, family memories are part of a national consciousness and of history. This is especially true for the Jews who, historically, had to cling to stories during frequent periods of persecution and exile. These stories are central to Jewish identity. In the Torah, the Jews are repeatedly told to remember their history and even instructed in HOW the stories should be told. A central feature of major Jewish holidays is to reenact historic events. This may be the best way to internalize, solidify and disseminate group post-memory.

Philosopher David Hartman characterizes these memories, this heritage, as “luggage” and notes that a child’s decision, whether or not to open the luggage, is beyond the control of parents. While this characterization is usually figurative, for me it was literal. I grew up with my father’s stories of being in Palestine (and then Israel) during the war of independence (1947-1949), of writing for the Palestine Post while fighting with the Haganah. When my father died six years ago, I found a cache of letters that he had written to his family during the War of Independence. He had never told me about the letters.

After years of absorbing his increasingly vague memories – even helping him to write a memoir – I suddenly found myself in possession of his contemporaneous account of his experiences. Not memories, but vivid, detailed descriptions and observations of and reactions to historic events – the raw material of his memories. At a practical level, it became possible to compare his account to his memories and to the historical record. But more importantly, instead of having only his recollections of events, I had direct, unmediated access and could “experience” and assess events directly. I could see how he really reacted, not how he remembered reacting. I reinforced this feeling by reading the Palestine Post, the newspaper that he helped produce, every day. This provided me with a parallel, concurrent account and increased that sense of experiencing, not just hearing about events. I tried to respond to events as they unfolded, even though I knew how they would turn out. Learning history as it is happening rather than as a brief summary massaged by historians, is a powerful experience, a more “ethical” way to deal with the past. It preserves the sense of time passing, of suspense and often, of outrage and pain.

I shared my father’s stories with the descendants of people featured in his letters and saw how critical his stories were to them, how they filled huge gaps in their knowledge of their parents’ history, enabling them to understand what their parents had gone through and providing them with a measure of ‘closure’ – a perfect example of  Halbwachs’ ideas about reformulating earlier events. In this way my father’s personal stories became communal.

Finding the letters, observing my father as a twenty-five year old, experiencing the war at his side, observing his interaction with his parents, siblings, lovers and friends dramatically changed my feelings towards him and made me less judgmental. As Halbwachs writes, ‘The image of the departed one is never frozen.’ I want my grandchildren to understand how their great-grandfather was a member of the generation that Yossi Klein Halevi so movingly describes as ‘the most remarkable Jewish community in history – builders, revolutionaries, mystics; writers and poets renewing a dead language, utopians dreaming of redeeming the world.’ As a baby boomer and member of the next generation, perhaps the most creative thing I and my cohort can do is learn to appreciate the greatest generation and honor their memories.